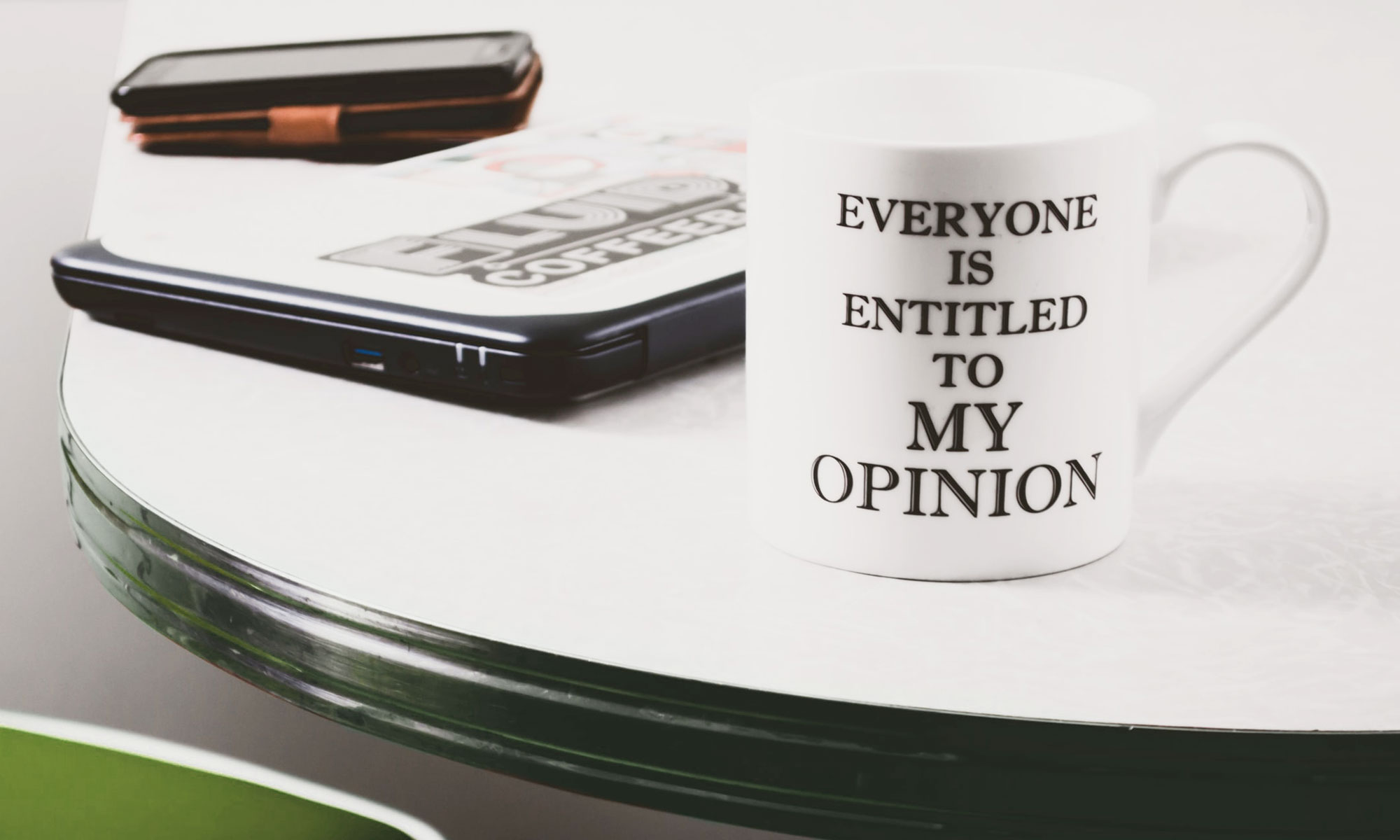 The Chairman of Beattie Communications, Gordon Beattie, resigned last week for comments he made in a LinkedIn post. You can see the post for yourself below. 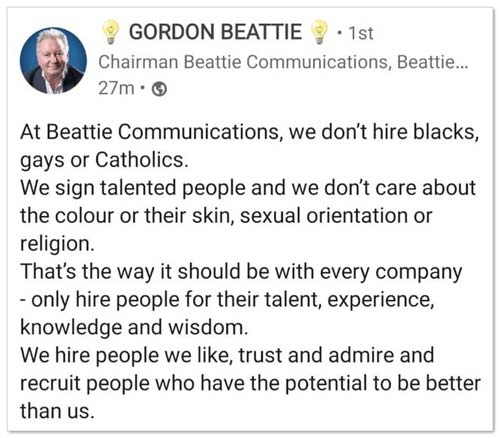 His only defence was that his post was made with “the best of intent”. Others have called his comments insensitive, racist, homophobic, utterly unacceptable, and abhorrent. I don’t disagree with any of these descriptions.

The nature of the comments is one thing.

The language he used is offensive, outdated, and demonstrates how far removed this ‘PR juggernaut’ (as described in the media) is from the society in which we live today. The recent resignation of FA Chairman Greg Clarke for using similarly inappropriate language shows that Beattie’s ‘error’ is not an isolated incident.

But what this highlights is how even the most senior people in a business require external support; a second pair of eyes from someone outside the organisation provides the objective sense-check that can stop these incidents from happening, especially when communicating on such a sensitive issue. After all, it’s often difficult for staff to say no to senior figures in the business.

Beattie’s post brings to the fore another major issue in the industry – using provocation to gain likes, higher reach, and attention. Social networks are often fuelled by dissent, disagreement, and polarisation. Unfortunately, being provocative ‘works’ if all you want to do is reach a wider audience.

But it’s lazy practice and a cheap trick. It’s for people who have run out of ideas. It can be damaging, dangerous, and as Gordon Beattie is realising, can destroy reputations in an instant. He was clearly trying to be ‘clever’, but the provocative approach was all wrong. Instead of shining a light on an important issue, his lack of understanding of the platform, the nuance of messaging and the society in which we live, has been his undoing.