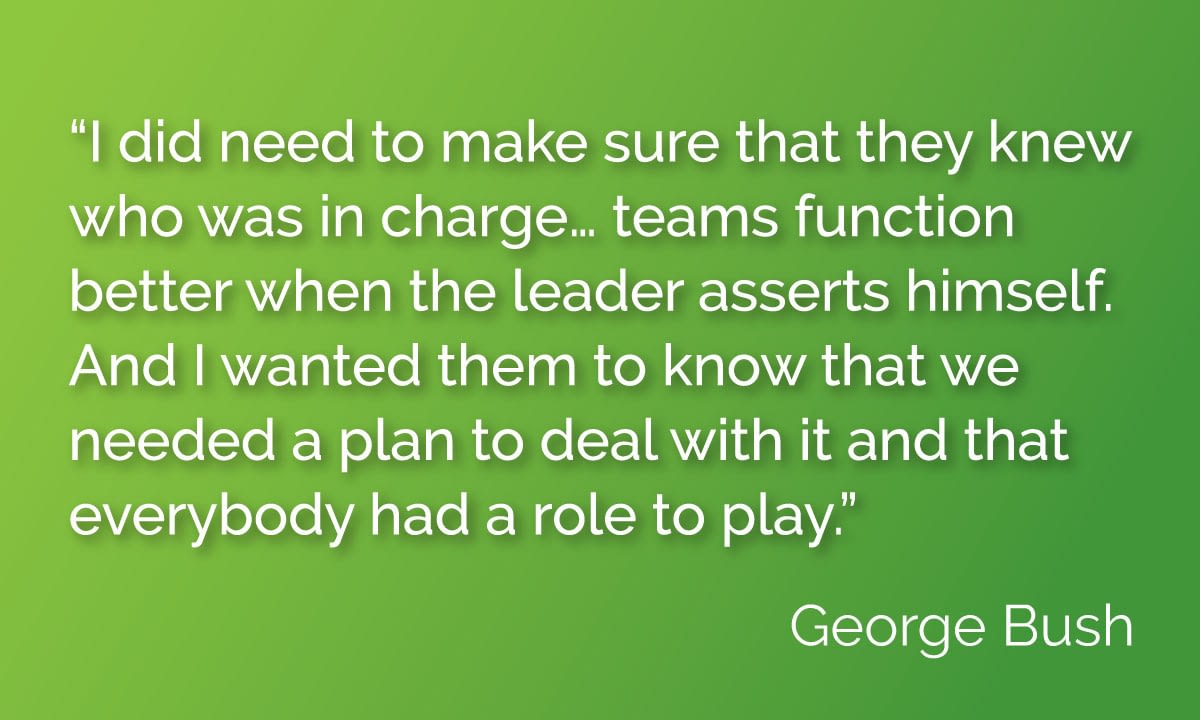 A candid comment from the former US President giving a rare window into decision making and leadership during an exceptional moment in modern history. Over 90 minutes, the documentary 9/11 Inside The President’s War Room scrutinised the 24 hours after the terrorist attacks on New York’s Twin Towers which claimed thousands of lives, impacting across the world in ways we are still discovering today. The programme featured interviews with the then President, his accompanying entourage that day and decision makers elsewhere, inside a bunker below the White House.

In bringing together these perspectives, it helped join the dots between the multiple ripple effects of this crisis.

Huge congratulations to one of my former bosses, Neil Grant, for Executive Producing such an astonishing piece of TV – the programme afforded a rare insight into a crisis, even more so given the global magnitude of those 24 hours. This is a must watch for all leaders and their teams for its historical significance, and because it demonstrates how we must prepare for challenges and then face into the force of the moment, by drawing on the collective expertise and insight in the room.